Posted on September 27, 2017 by gerrystarnes 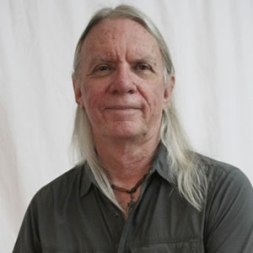 I have been thinking a lot lately about what kind of attitude I need to cultivate in order to best weather the current emotional swings I sometimes feel in these turbulent times. The word “gentle” kept coming up, and I realized that I did not really understand what that means.

So I looked it up.

According to the New Oxford American Dictionary, it means “mild in temperament or behavior; kind or tender.” It has a quality of being “moderate in action, effect, or degree; not harsh or severe.” While technically correct, I’m sure, the definition was unfulfilling. The definition did not really seem applicable on face value. Are there not occasions when gentleness might be inappropriate to the needs of the time?

As I continued researching sociological articles and writings of more philosophical sources, one observation stuck out more than others. Being Gentle is not the same as being Weak.

Gentleness As A Quality of Strength

Unfortunately, too many people equate gentle with weak. I had to admit that I, too, was one of them until I began the search to understand what being gentle actually means (or can mean), particularly as applied to these times.

While I agree that being gentle is more aligned with my values than is being either weak or harsh, I wonder: What is the balance between being gentle and speaking truth to power?

Gentleness is a strong hand
with a soft touch.

According to author Gary Thomas, “Gentleness is a strong hand with a soft touch. It is a tender, compassionate approach toward others’ weaknesses and limitations. A gentle person still speaks truth, sometimes even painful truth, but in doing so guards his tone so the truth can be well received.”

The strength to which Thomas spoke, according to his examples, was physical strength. This reflects the possible gentleness of people in authority with power over another. As we know from many stories, confrontations between police and citizens do not always end in violence. Those in authority do not always abuse their power. I would suggest that by not doing so, they are expressing a flavor of gentleness.

We need a LOT more of that.

However, the quality of gentleness that comes from inner strength is what most resonates with me as a person without the power of authority or physical strength. What does that flavor of gentleness look like?​

The Gentleness of Inner Strength

I thought immediately about Rosa Parks in her protest against the treatment of people of color. She chose (either by design or circumstance) to make her statement on a bus in 1955 Montgomery, Alabama, when she refused to give up her seat to a white person when the white section was full.

Of the incident, in which she and three other people were told to stand up before being told to move to the back and Parks did not stand, Parks said,

“I only knew that, as I was being arrested,
that it was the very last time
that I would ever ride in humiliation of this kind…”
~ Rosa Parks, “My Story”

That Rosa Parks simply and gently did not comply is, for me, a clear example of the gentleness of inner strength.

Rosa was not the first who had used gentleness in response to power. Others had taken similar steps since 1942. While it is true that her case received considerable attention when the NAACP took it up as the best candidate for legal action, what catches people’s attention is the idea of a woman of color resisting only by saying, “No.”

Many people in the history of the racial and social struggles of the 1940s through the 1970s have stood up to power with gentleness. It is the core idea of the notable non-violent resistance movements of Mahatma Gandhi (1869-1948), Martin Luther King, Jr. (1929-1968), and many more.​

As I sat with all of this, I reflected on what it would mean for me personally. I don’t have to stand up to physical authority. No one is telling me to move to the back of the bus, or which water fountain I can drink from, or which bathroom I can use. Not me personally. I would like to think that if any of these events did happen, I would have the courage to say, “No,” but truly, I do not know. I have not been so tested.

And yet, there is an inner resolve to practice more gentleness in my dealings with others. The fear that is sometimes trying to infiltrate my thoughts and spirit does not have to be expressed in anger or outrage.

This kind of gentleness reminds me in many ways of aikido, the Japanese martial art, in which the energy of the attacker is not resisted, but is blended with, turned, and redirected to restore balance in the situation. The founder, Morihei Ueshiba, referred to it as “The Art of Peace.” His goal was to create an art that practitioners could use to defend themselves while also protecting their attacker from injury.

Gentleness derives from a calm mind
focused on restoring balance.

If I put my mind to it, I am certain that I can apply the examples of gentleness of Rosa Parks and so many others to my own daily life. And, as with practicing aikido, when or if the time comes to speak truth to power myself, I just may be ready.

Still, even if it never comes to that, the notion of being gentle with myself and others every day is in alignment with who I want to be in this world.

Want More Inspiration and Insights Like This?
Get great messages of insight and inspiration every month. When you subscribe, you will also receive a free copy of the Kindle eBook, The Shamanic Journey: A Beginners Guide to Journeying, by teacher and author Gerry Starnes, M.Ed., TTH.

Shamanic Passages Institute
The Institute offers online courses and workshops in shamanic practice and living by Gerry Starnes and others. Find out more…

2 Responses to On Being Gentle