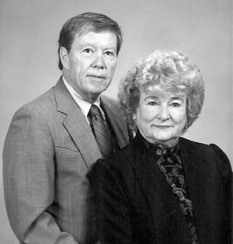 My father’s stroke happened near the first of January this year. The journey from the hospital, to skilled nursing care, and then assisted living was very quick, and many things had to fall exactly right for it all to work out. Yet, it did. My sister and I were amazed by how the unfolding of my parents’ odyssey seemed so extraordinarily Spirit-led. We were able to keep them together throughout all of the changes; the timing was always perfect.

My sister, Sandra, did an extraordinary job of finding and arranging resources for them, overcoming her own challenges and obstacles along the way. Had it not been for her, things would have turned out far differently. And, as the story continued to unfold, she had a powerful influence on one of the most difficult decisions we had yet to make.

She and I had two goals: to find a place where our parents were safe and where they were happy. Those two guiding principles informed every decision. And yet, just a few months into assisted living, it was becoming clear that my father was growing less happy every day. He was becoming obsessed with the cost of care, in particular. But there was more.

As he made transitions from bed to wheelchair to a walker and finally to being able to leave the walker behind, he was able to do more things for himself and my mother. The transition was, to me, slow and practically imperceptible. For him, though, each week led to a new accomplishment and increasing freedom. And he began to talk about going home. The idea frightened both me and my sister since it threatened our goal to keep them safe. 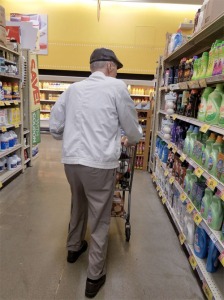 Mom’s dementia was not getting better. She was sliding deeper into Alzheimer’s. Dad’s hearing was failing, and his left leg continued to weaken often when he walked. He appeared to me always to be on the verge of falling, and according to his physical therapist, that was likely not ever to change. I became entrenched in the opinion that their safety was threatened if they were to return home, so I began to refuse even to discuss the topic with my father when he would incessantly bring it up on my visits. “Going home” was not an option. For not the first time in our relationship, we mostly quit talking.

Sandy and I generally communicate by text, so it got my attention when she messaged that we needed to talk by phone. The conversation began with, “Dad is miserable.” With that, she had my full attention. The support system of the assisted living facility was changing for the worse. Whether there had been an owner or a management change, their support and services were declining rapidly. It seemed that as he got better able to care for himself and mom, the staff began to step back from providing care. Even the quality and substance of their food were declining.

During that conversation, I had to re-evaluate my fears and assumptions. In the end, the issue came to this:

As you approach the end of your life, you are confronted with a choice. Knowing an event will happen—a stroke, heart attack, or fall—that will be the beginning of the end for you, where would you like that to be? At home, which may not be altogether safe, or in a “safe” facility that you hate? 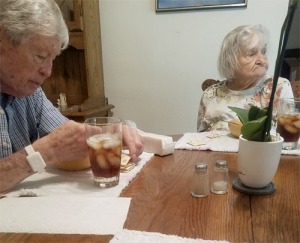 When I could let go of my own expectation, of our shared vision of many months ago, I could finally make a needed conceptual shift. In that conversation, we began to make new plans that could meet our twin goals of safety and happiness. Mom and dad would go home, and we would build as safe a structure around them there as we could.

The details of those plans are not important, other than this: Sandy was able to find two friends of hers that she trusted to sit with our parents five or six days a week. They had experience working with elders in home situations, doing light housework, preparing meals, and providing companionship so that they would not isolate as much as before. Without them, I am certain, the idea would never have worked.

The decision was made and we all began to lay plans for their return home within the coming month.

On the weekend before the move, I returned to Temple to make some preparations. It would be my final weekend at the house alone, at least for a while. On the last evening, I took out my drum and called to House to join me. While I drummed, I explained as best I could everything that had transpired and told House that my parents would be returning home the next weekend. I drummed for a long time to also express my gratitude to House for being with me during this voyage in time, as well as to ask for its continued protection of my parents.

I slept well that night.

This entry was posted in End of Life, General, Healthcare, Learnings. Bookmark the permalink.